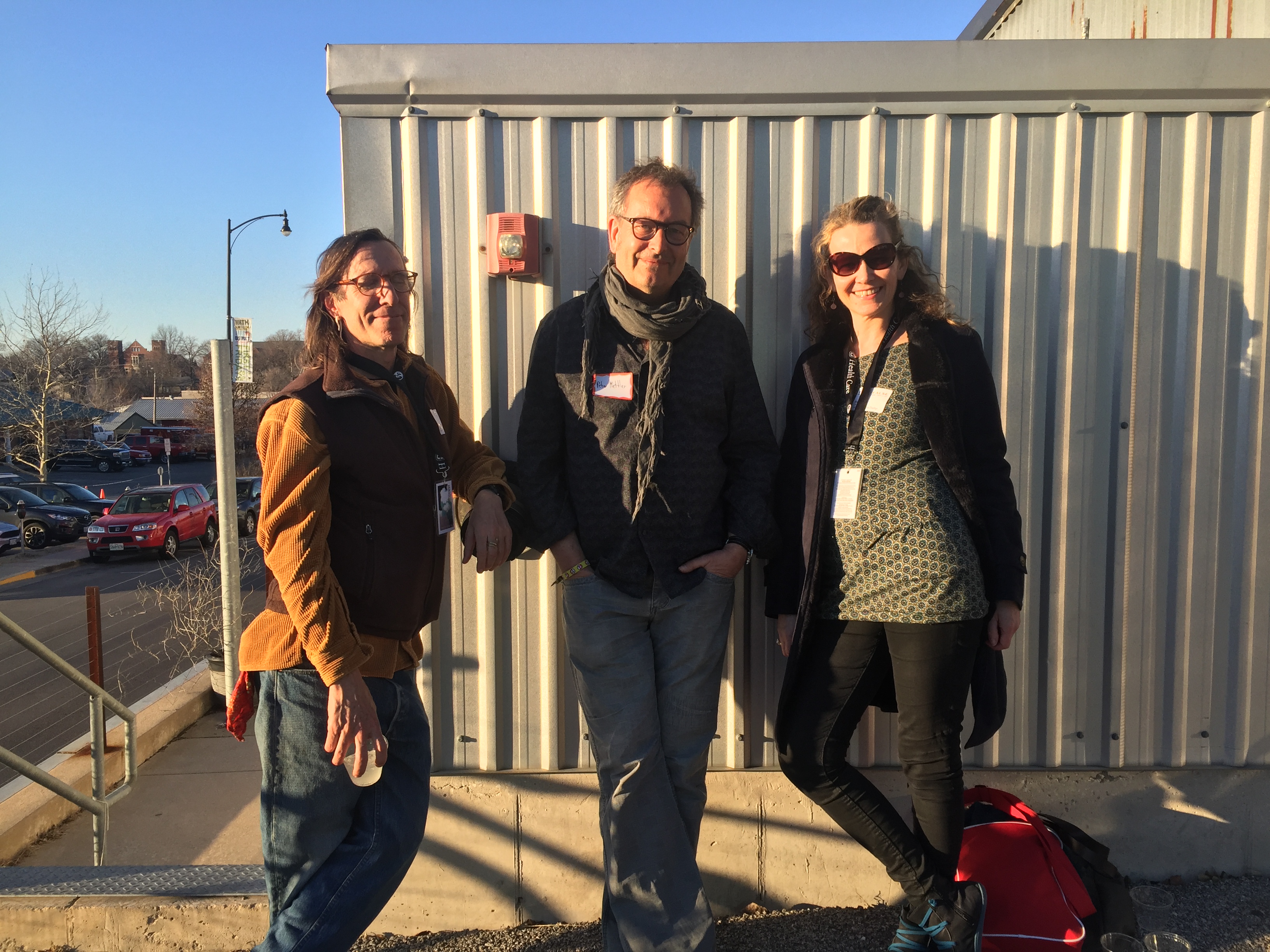 Emma Davie’s films explore innovative approaches to narrative structure and the relation between form and ethics. She has made a wide variety of documentaries for national and international broadcasters, most recently the feature I Am Breathing (2012), which received a Scottish BAFTA for Best Director and was screened in over 50 countries, What Age Can You Start Being An Artist? (2004, for BBC Channel 4, shortlisted for a Grierson), Gigha, Buying Our Island (2002), and Flight (2000, BBC/Canadian coproduction). She teaches at Edinburgh College of Art where she runs the post-graduate course in Documentary Film, and also works as an independent mentor and advisor on film projects, giving regular workshops and seminars internationally.

Emma has served as a documentary programmer for the Edinburgh International Film Festival, was on the board of the European Documentary Network, and has written widely on documentary making practice. Her interest in collaboration, explored in Becoming Animal, stems from a background in performance theatre: for many years she ran a performance company that specialised in immersive large-scale shows incorporating performance and film, and also collaborated with directors such as Robert Lepage, working with Peter Mettler for the first time as an actress in his film adaptation of Tectonic Plates (1992). Emma was educated at Oxford University where she studied English literature, and then studied theatre in Paris.

Quotes about Emma Davie’s film, I Am Breathing:

"Ranks among the year's most moving films." – The Hollywood Reporter

Peter Mettler creates films that elude categorization, melding intuitive processes with drama, essay, and experiment. Meditations on our world, rooted in personal experience, his works reflect the visions and wonder of their characters and audiences alike. His work holds a unique and influential position not only as instances of trailblazing innovation within the realm of documentary cinema, but also in new art forms where cinema and other disciplines merge. His films include Picture of Light (1994), Gambling Gods & LSD (2002), Petropolis (2009), and The End of Time (2012), and his collaborators include Atom Egoyan, Bruce McDonald, Robert Lepage, Michael Ondaatje, Fred Frith, Jim O’Rourke, Edward Burtynsky, Jennifer Baichwal, and many others.

Mettler also experiments with live image mixing performances, recently touring a series of performances across Europe with anthropologist Jeremy Narby and musician Franz Treichler. Mettler’s films have garnered many prizes and been the focus of multiple international retrospectives, including from the Toronto International Film Festival, BAFICI, Lincoln Centre NYC, Jeu de Paume Paris, Cinematheque Suisse, and Kinoatelje Festival. His awards include a Genie Award for Best Documentary, the La Sarraz Prize at Locarno Film Festival, the Grand Prix and Prix du Jeune Publique prizes at Vision Du Reel, Director of Excellence at Yamagata Documentary Festival, and Best Film, Best Cinematography, and Best Writing at Hot Docs. His work has been the subject of two books, Making The Invisible Visible (1995), and Of This Place and Elsewhere: The Films and Photography of Peter Mettler (2006, ed. Jerry White). In 2017, Picture Of Light was selected by TIFF as one of Canada’s Essential 150 Canadian Films.

“Peter Mettler is one of the most original artists working today. Few filmmakers are as attuned to the wonders of existence, or to the sensual and perceptual possibilities of cinema.” – Dennis Lim, Lincoln Center Film Society

“Peter Mettler is an incomparable talent in Canadian cinema. The innovation and audacity of his work, his dedication to the cinematic art form, and his ability to conjure up images that remain permanently etched in one’s mind, secures his place as one of this country’s most distinguished contemporary filmmakers.” – Piers Handling, Toronto International Film Festival

David Abram is a cultural ecologist and geo-philosopher who lectures and teaches widely on several continents. His book multiple award-winning book   The Spell of the Sensuous: Perception and Language in a More-than-Human World (Vintage, 1997),has become a classic of environmental literature. and Becoming Animal: An Earthly Cosmology (Vintage, 2011) was hailed as "revolutionary" by the Los Angeles Times, as “daring” and “truly original” by Science, Abram’s work has helped catalyze the emergence of several new disciplines, including the burgeoning field of Ecopsychology, in both it's clinical and research branches.

Abram’s work engages the ecological depths of the imagination, exploring the ways in which sensory perception, poetics, and wonder inform the relation between the human body and the breathing earth. His philosophy is profoundly informed by the European tradition of phenomenology (in particular, by the work of the French phenomenologist, Maurice Merleau-Ponty) and by his fieldwork with indigenous peoples in southeast Asia and North America. David’s essays on the cultural causes and consequences of environmental disarray are published in numerous magazines, scholarly journals, and anthologies.

Among his various engagements, Abram recently held the international Arne Naess Chair in Global Justice and the Environment in Norway. He has held in a large public dialogue with the Dalai Lama (in Oslo), and a broad public debate with the distinguished American biologist Edward O. Wilson (in Boston).  He delivered the final keynote for the United Nations sixtieth anniversary to 70 mayors from the largest cities around the world (offering his address under the towering redwood trees at Muir Woods, at the very spot where the United Nations charter had been signed into being exactly sixty years earlier). David is a distinguished teaching Fellow at Schumacher College in Devon, England. He lives with his two children in the foothills of the southern Rockies, where he directs the Alliance for Wild Ethics (AWE) a consortium of individuals and organizations working to ease the spreading devastation of the animate earth through a rapid transformation of culture, providing consultation and training for communities and organizations committed to the flourishing of a more-than-human world.

“This book is like a prehistoric cave. If you have the nerve to enter it and you get used to the dark, you’ll discover things about storytelling which are startling, urgent and deeply true. Things each of us once knew, but forgot when we were born into the 19th and 20th centuries. Extraordinary rediscoveries!” —John Berger, author of Ways of Seeing and Why Look at Animals

“One of the most compelling and important ecology books in decades.” —Rex Weyler, co-founder of Greenpeace International

“A truly alchemical book. . . . Those of us who still hope for a revolutionary change in our thinking toward animals, the living land and the climate will welcome this book. Abram is an audacious thinker, a true visionary, and, really, just a damn good nature writer.” —San Francisco Book Review